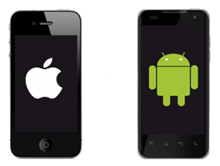 The topic for the Preparedness Net on 1/20/2018 was about apps that you use as part of your preparedness strategy. The RMRL expressed interest in publishing the list that we compiled, so here it is. Most apps are available for both platforms: iPhone and Android. Most are free unless otherwise noted.

Quite a number of people mentioned their favorite weather app, and among those mentioned were:

*Other apps of this type are free.

The Preparedness Net is hosted by Steve Cosentino every Saturday morning at 9:30 a.m. local time on the Colorado Connection repeater system, a unique statewide two meter linked FM radio system with additional coverage into adjacent states.  The Colorado Connection, consisting of 15-repeaters, is a 501(c)3, relying on donations and volunteers to keep the system operational.